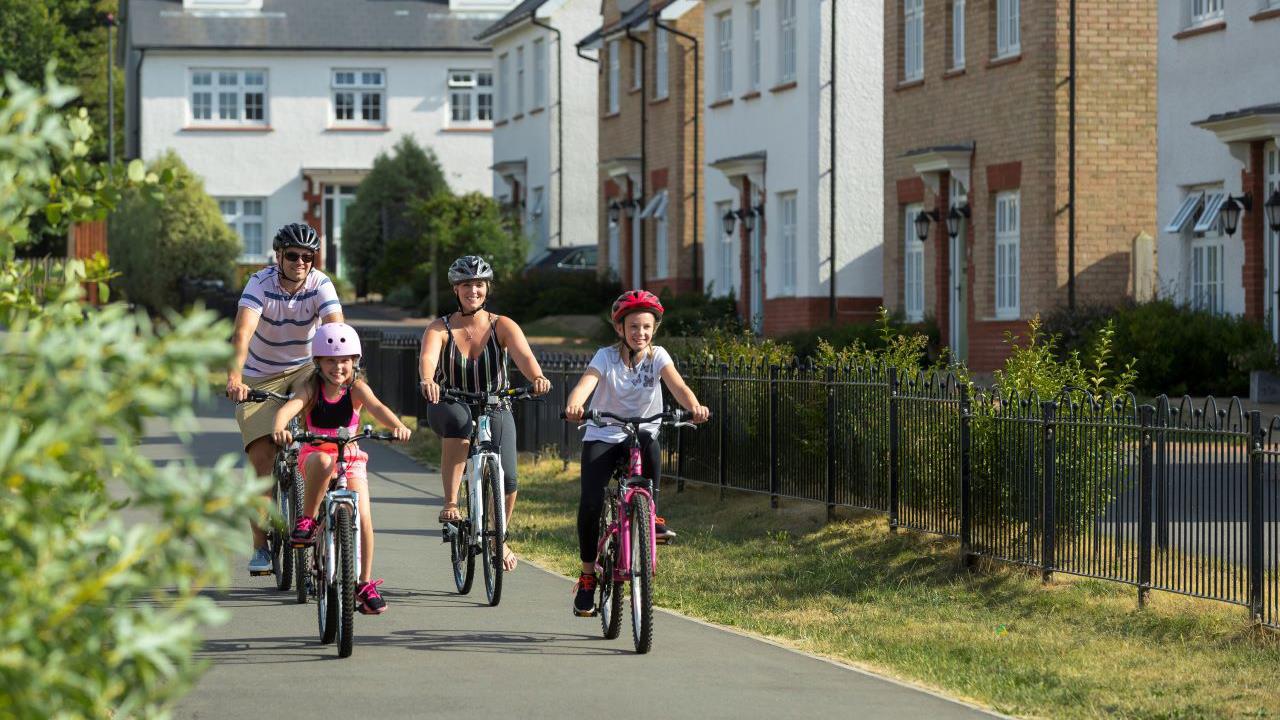 Great exercise and an eco-friendly way to commute, cycling is also an excellent way to explore. We’ve pulled together our guide to the top 10 best places to cycle.

Cycling in the UK increased by as much as 200% post-pandemic according to Government sources. And prioritising paths and cycle routes over roads is one of the ways we at Redrow make our developments easy to get around. Hopefully, many of the 47% of Brits who owned or had access to a bicycle in 2020 have stayed in the saddle. If you’ve been googling ‘bike trails near me’ to look for the best cycling routes, read on for some of our family-friendly favourites.

Part of the Sustrans national cycle network, this 17-mile trail (one way) runs from Leeds city centre to Saltaire. It combines beautiful countryside, rich industrial history, stunning scenery, the longest canal in the country and a world heritage site. Even better, the gentle gradients and smooth surfaces make it suitable for novice cyclists and small children. Your final destination, Saltaire, was declared a UNESCO World Heritage Site due to its preservation as a Victorian Industrial Village. You can also take a short detour on route to beautiful Kirkstall Abbey. We’re envious of home owners at our completed Horsforth Vale developments - a place where we contributed £100,000 to local cycle and footpath improvements - as they’re fortunate enough to have part of this route virtually on their doorstep! 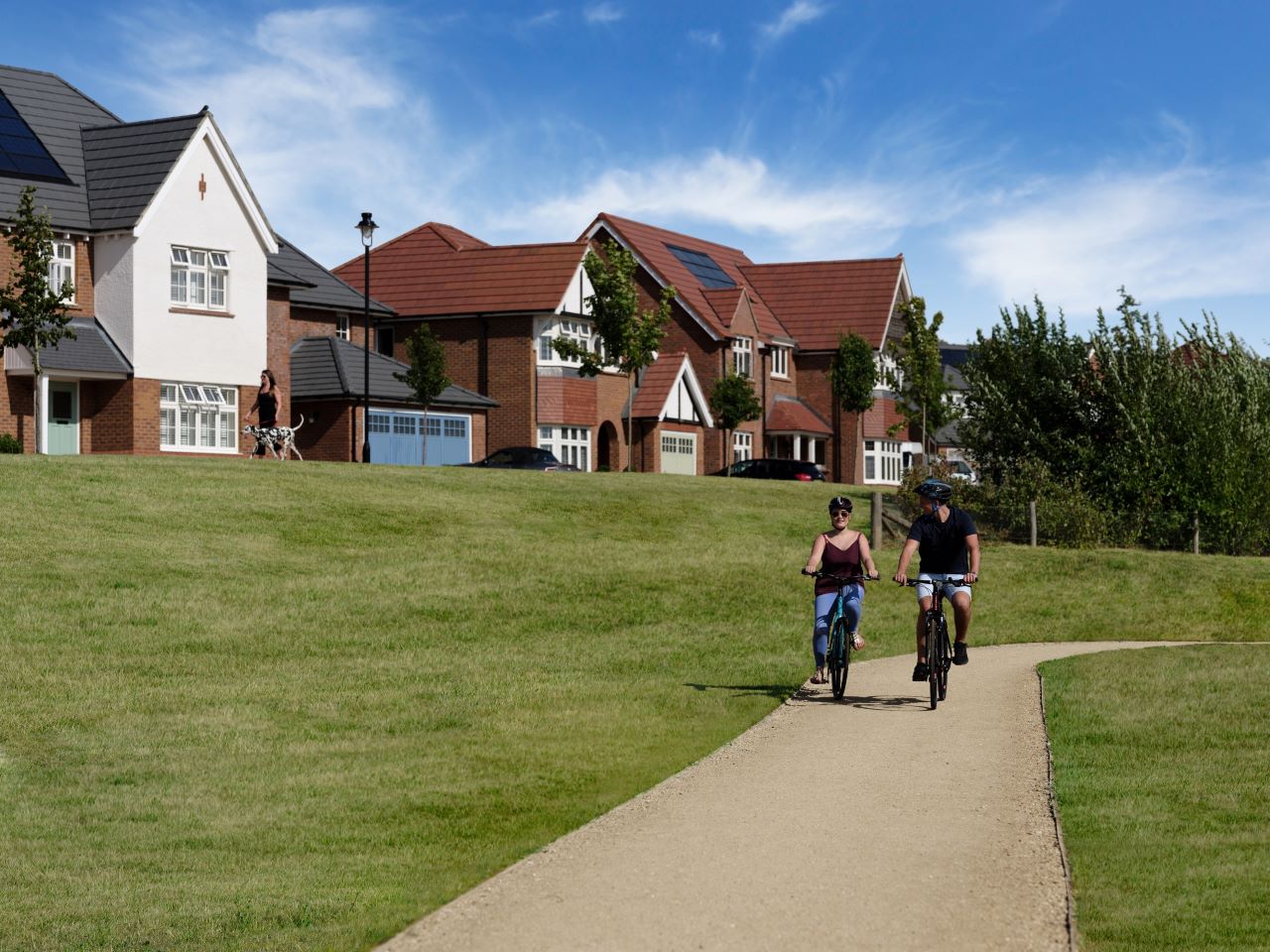 This 21-mile circular route is a firm favourite of families at our nearby Tabley Green development in Fulwood. Mostly off-road and traffic free, you can take a bike ride in any direction as far as you want. Encircling Preston, linking city and countryside, the scenery is varied. Think rambling river and canal sides, ancient woodland, city centre parkland, historic docklands and attractive nature reserves. The official start and finish is the Pavilion Café in Avenham Park, by the River Ribble.

We’re not suggesting you tackle all 176 miles in one day unless you’re a very experienced cyclist! However this signed cycle route offers lots of opportunities to dip in and out for shorter rides. Train stations in towns along the way allow you to split the route into sections quite easily. The terrain does include quite a bit of on-road cycling, mostly country lanes, but there are rougher tracks and bridleways, canal towpaths and sections of disused railway. Conveniently it passes through or close to many of the Cheshire towns where we are building new homes, including Chester, Congleton, Nantwich and Knutsford

The Nutbrook Trail provides many miles of almost flat, peaceful canal towpath and converted railway line tracks between Long Eaton and Heanor. And it’s easily reached from our Derby and Nottingham developments, including the soon to launch Dovecote Grange. You’ll finish at the 700-acre Shipley Country Park, where you can get refreshments at the volunteer-run Derby Lodge tearooms. Highlights include Shipley Lake, the Pewit Carr nature reserve, Dockholme Lock and Fox Covert nature reserve. It’s a little over 10 miles (one-way) and for those seeking a longer ride you can link to the cycleway through the Attenborough nature reserve, between the River Trent and the wetlands.

The 17-mile Greenway trail links the historic town of Stratford Upon Avon with the village of Long Marston, so very handy for our Poets Grange homeowners. It follows part of the Honeybourne Line, a disused single-track railway, and passes through some of the area’s typically quaint English villages and hamlets. Crossing two rivers, the Avon and Stour, you’ll see fruit and walnut trees along the way and may spot cowslips, knapweed, wild carrot and tansy.

Hugely popular, the Bristol and Bath Railway Path provides a mainly tranquil route between two of our favourite cities. Its 13 miles are completely traffic-free and almost entirely flat as it runs along a disused railway line. The path features a variety of sculptures on route and working steam engines at the old train station at Bitten. You’ve the option of cycling both ways, or it’s easy to take the train in one direction as both Bath and Bristol have stations close to the start. Incidentally, this route was the first major project undertaken by national charity Sustrans, custodians of the National Cycle Network. If you’ve ever wondered ‘what are national cycle routes?’ they form this UK-wide network of signed paths. Look out for their little red signs!

At 55 miles (one way) of riverside paths, disused railways and forest roads, the long haul is not for the faint hearted! However there’s a much shorter option that takes you from Bute Park in Cardiff to the fairy-tale Castell Goch. It’s a 14-mile return bike ride, following a traffic free path along the River Taff. Between Llandaff and Tongwynlais, you’ll pass the Melingriffith Water Pump. This water-powered beam engine was erected in 1807 to lift water 11 feet up from the river to the Glamorganshire Canal. Of course, our Plasdŵr home owners could take a short cycle ride across the river and join the Taff Trail at nearby Hailey Park instead.

This epic 100-mile off-road trail runs a few miles north of several Redrow developments, including Lavant View, in Chichester, and Windmill Views, in Barnham. It spans the entire length of the South Downs National Park between Winchester and Eastbourne. With 12,600ft of ascent, tackling it in one go is no mean feat and takes two to four days. There are tour companies who offer guided trips or can carry your bags between stop-off points. You’ll be rewarded with breath-taking views, quintessentially English scenery and a rich tapestry of wildlife, landscapes, tranquillity and visitor attractions.

The county of Kent is an area where Redrow is very active. We were delighted to discover the wonderfully named Crab and Winkle Way, a cycle route which takes you from cloisters to oysters in just seven miles. Riding from Canterbury to Whitstable you’ll pass through an area of east Kent that’s packed with history and nostalgia. The route is signposted from Canterbury West Station, is almost traffic free and is suitable for beginners. When you reach Whitstable you can try local seafood and stroll along the seafront.

It’s surprisingly easy to get out of the capital on two wheels and there are lots of great London cycle routes. This bike trail of a little over 15 miles heads north from Hackney Wick along the River Lea towpath, passing canal locks, reservoirs and hippies in houseboats! Eventually you’ll arrive in London’s largest public open space, Epping Forest, boasting over 40 miles of surfaced and unsurfaced bridleways. Look out for Queen Elizabeth I’s fancy Hunting Lodge, built by her father, Henry VIII. If you’ve the energy, you can cycle back. Alternatively jump on a train from Chingford to London Liverpool Street. 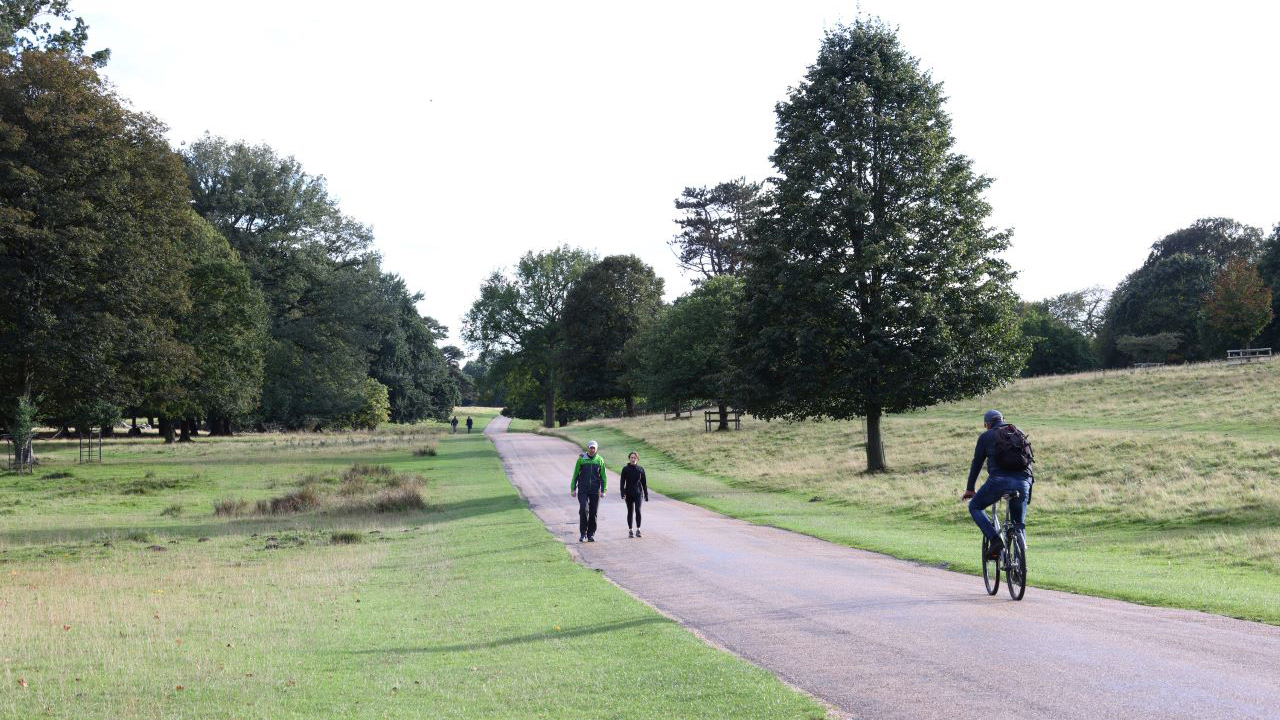 WHAT IS CYCLE TO WORK DAY?

Of course, cycling isn’t just about days out, sightseeing and fun. It can also be a quick, efficient and eco-friendly way to commute. Thursday, August 4th is national Cycle to Work Day 2022 in the UK.  If taking part, you’re invited to join the ‘Love to Ride’ community, download their app, log your journeys and potentially win prizes. It’s organised by Cyclescheme, the cycle to work scheme that’s part of the Government’s Green Transport Plan. The scheme has already seen more than a million people save money on a bike and/or accessories when used to cycle to work. Your employer pays for your bike initially and then organises for your monthly payments to come tax efficiently from your salary. It allows the purchase of any cycle up to £1,000 and can provide savings of 30% to 50% depending on your tax band.

If you’ve been wondering ‘can I get a grant for a bike?’, the answer is probably ‘no’ except in certain circumstances. For example, some people with special needs can apply to social services or affiliated charities.  You’ll find a full explanation on the Cycling for All website. The Government’s £50 Fix Your Bike Voucher Scheme, which you may have heard about, has now ended.

STAY SAFE IN THE SADDLE

It’s so important to stay safe on a bike, especially when commuting on our roads. The Government’s ‘Think’ campaign has good advice for cyclists. Here’s their checklist:

If you’d like to read more about the health benefits of cycling and how Redrow designs its new homes developments to make them easy to get around by bike, read how to get into cycling.

Five Ways You Can Be a Model Citizen

How to prepare your home for going away
View all posts