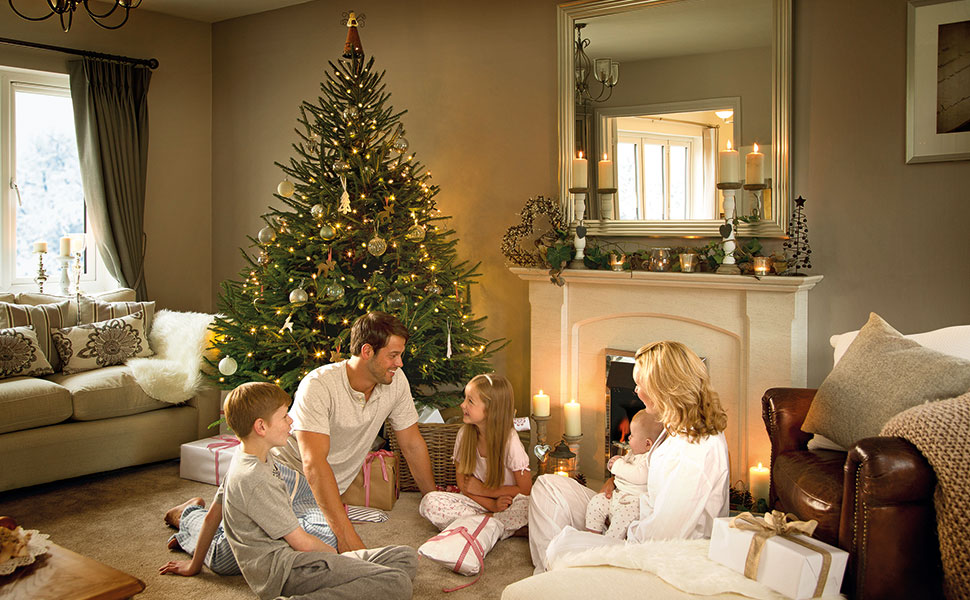 Christmas in your new home probably sounded like a magical idea when you first thought of it. But now, with only a few weeks to go until the big day and a lot of packing and organising in front of you, the thought of whipping up a full-on festive celebration when you’ve only been in your pad a few days can seem…well, a bit daunting to say the least.

Now, I speak from experience here because I too have moved house over Christmas. It was a tad tricky at times, but I lived to tell the tale. And in the spirit of the festive season, I’ll share with you how I kept myself sane. So, make yourself a cuppa and find a mince pie, and we’ll get you all sorted…

The day after I moved in, my priority was getting the kitchen organised, as having family over for dinner on Christmas Day meant that I had to get to grips with a new oven, unpack the pots and pans and get all my utensils out and into the drawers, as well as unpack the crockery. So, I made this one of my first jobs.

It’s worth bearing in mind that if you’re moving into a new build property, you’ll have a sparkly brand-new oven, which you’ll need to prep before its first use. So, if you can, it’s best to ask for a copy of the instructions in advance so you know what you’ll have to do and roughly how long this will take. Put it this way, you don’t want to be faffing with that stuff early morning on the 25th when you’ve got a turkey the size of a small country to cook and the family arriving at 1pm.

Talking of ovens, one of the best investments I made the week before I moved were some of those disposable foil roasting tins. Frankly, washing up after Christmas dinner is never fun, but none more so than when you’ve been heaving furniture and boxes all over the place for the last couple of days. It was awesome. The turkey, roast potatoes, parsnips, pigs in blankets and stuffing all went in trays that got popped into the recycling bin straight after we were finished. It cost me around three pounds for a pack of six, from memory, and it was the best three pounds I could have spent at the time. Highly recommend.

Decorations were something that took a bit of planning, but it was worth it. Let’s face it, for many people Christmas isn’t Christmas without a tree with requisite bling. But moving as I was on 22nd December (yes, really) meant that I didn’t have much time once the removal van was unpacked to create a winter wonderland in my new lounge. So, I dug out my decorations box well in advance, and carried out the annual ritual of the fairy light test, made sure all the baubles were intact and threw out anything that wasn’t of use. I packed clean pillow cases – to leave out for presents, not to make the bed – along with the decorations, and also the special plate for Santa’s mince pie and Rudolph’s carrot. Literally, I created Christmas in a box. In November. And that box went in the boot of my car on moving day, so that I could easily find it once the removal men had gone.

I limited myself to decorating the lounge, and if you’re moving over Christmas, I’d encourage you to do the same thing too. One room is manageable, and should only take you couple of hours. Make a promise to yourself that you won’t beat yourself up if the star or angel on the top of the tree isn’t quite straight, or the decorations don’t match your new colour-scheme. Next Christmas they will (if that’s your sort of thing, of course) but for this year, the excitement is just being in your new home.