Young footballers in Lancashire will be kicking off next season in style after scoring new kit from Redrow.

Matthiola Junior Football Club’s newly-formed U7s boys teams are benefitting from a £500 sponsorship deal from housebuilder Redrow, which has developed homes nearby at Taylor’s Chase in Sophia Drive.

New kits will be provided for players in two new under-7 teams, formed from those already training at the Great Sankey-based club’s academy ahead of their inaugural season.

Lesley Myers, sales manager for our Lancashire division, said: “Matthiola Junior Football Club train and play their home games very close to our new development at Taylor’s Chase and we have developed a great relationship with them.

“Last year we donated a defibrillator for the club’s under-11 team so when we were recently asked if we would sponsor kit for youngsters in the new under-7s squad, we were only too happy to help.” 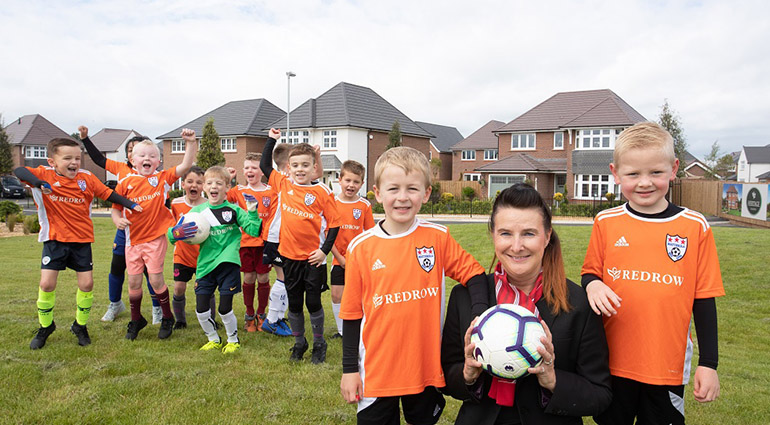 Redrow's Dawn Morters with Louis Wilkes and Taylor Thompson, along with the rest of the young footballers. At the top of the page, Dawn is pictured with George Brow.

The orange and black Adidas strip will be branded with Redrow’s logo, and is sure to make an impression when the club kick-off the new season in the Warrington Junior Football League.

“It’s great to see a company supporting sport in the community at grassroots level and we’re very grateful for Redrow’s support,” added club secretary and head of development Simon Greenway.

With over 200 players, Matthiola Junior Football Club play in the Warrington Junior League, with the majority of their matches played in the Penketh and Great Sankey area.

See www.clubwebsite.co.uk/matthiolajfc01 for more information and to track the progress of the club. 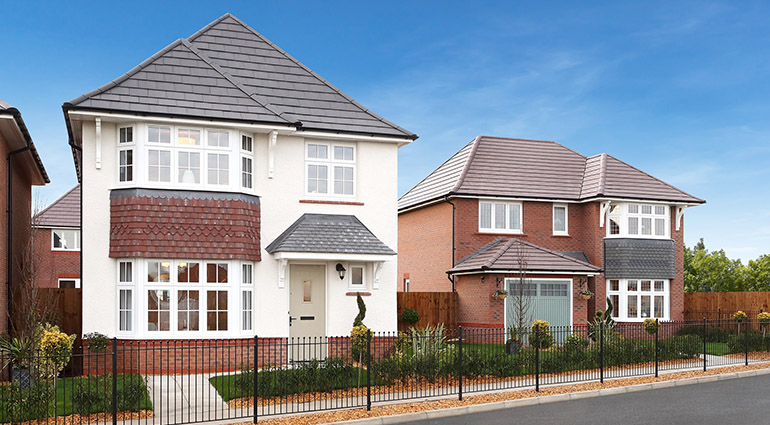 Stratford and Oxford house types at the Taylors Chase development

Redrow is building more than 250 new homes in total at Taylors Chase off Sophia Drive, which are part of a larger development, Omega Warrington.

The Brook and The Oaks are neighbouring developments featuring a range of homes to suit first-time buyers, young professionals, families and those seeking less bedrooms but more space – known as ‘rightsizers’.