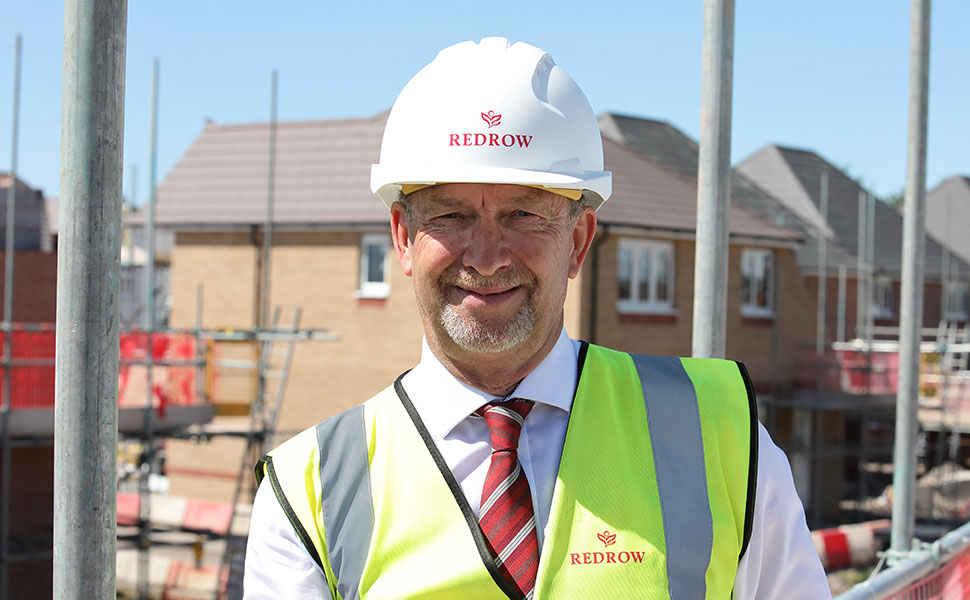 Our site manager Alan Purdy was “one happy man” after winning his second top industry award in a row.

Alan, who works at Sanderling Park in Formby, was one of 21 Redrow site managers recognised in the NHBC Pride in the Job Awards 2020, receiving a “Quality” Award for his efforts.

Alan, who lives in Formby, just a mile from the Sanderling Park site, said: “I worked for many years before I finally won a Quality award last year and now I’ve got two! At 68 I must be one of the oldest people to ever win. I’m living the dream, I’m one happy man!”

With more than 11,000 managers in the running for the awards, this year’s winners have been hand-picked for their excellent standards on site and represent just 4% of those who entered.

Alan, who trained as a plasterer, started working for a small builder in Sheffield aged 15. Now 68, he’s worked on various projects around the world including building an army barracks in Nigeria, a sugar factory in Somalia, and a hospital.

Typically Alan is responsible for overseeing 40 to 50 people working on site each day.

He added: “It’s a real boost for the whole team. It had been strange being back on site after the lockdown period but this award has really cheered everyone. It’s a great team. We’ve all been together for two years now, and without them none of this would be possible.

“I’d also like to say a huge thank you to Redrow and both Steve Greenhalgh, who recently retired as Lancashire MD, and Claire Jarvis, who has taken over, for their support. The Heritage Collection product we’re building here is second to none. It’s a real pleasure to build the homes and to work with such an outstanding team.”

Keith Collard, construction director for our Lancashire division, said: “This award is testament to the exceptional standards maintained by Alan and his team on site. We’re so proud of Alan gaining the Quality award for the second year running and wish him luck for the next stage of the competition.”

Commenting on the awards, NHBC Chief Executive Steve Wood said: “Pride in the Job has been pivotal in improving the quality of new homes so it’s fantastic to be able to celebrate its 40th anniversary. Despite the numerous challenges the industry has faced in recent times, the very best site managers of 2020 have kept their focus on delivering high quality new homes for their customers.”

Following the announcement of the first-round winners, all successful site managers go on to compete for a Seal of Excellence and a Regional Award in their respective categories, subject to judges being able to undertake site visits. The next stage of winners will be announced at virtual ceremonies in the autumn.

To find out more about the properties being built under Alan’s supervision in Formby, visit Sanderling Park, where show homes are back open daily. Alternatively see www.redrow.co.uk/sanderlingpark or call 01704 740 627.