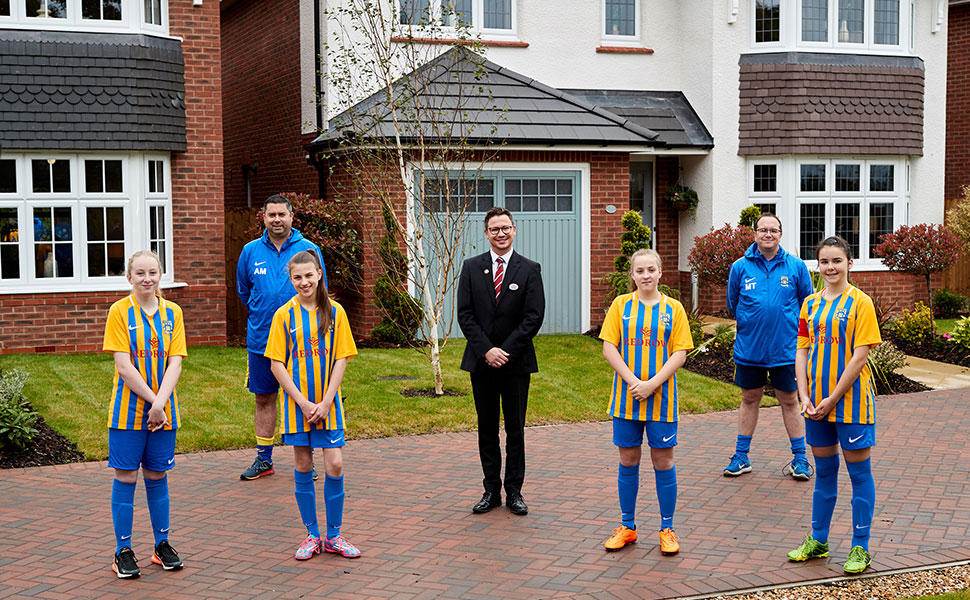 A chorley-based U13’s girls’ football team has received a £500 boost from Redrow towards a new kit.

Euxton Girls FC, based at Greenside Recreation Park, has over 200 members across 14 teams, including two new teams, who play in the West Lancs Girls and North Valley Leagues.

The U13’s North team are the lucky ones to benefit from our donation and will be wearing a new kit next season.

Club coach Michael Taylor says that like many grassroots teams, they have been massively impacted by the coronavirus pandemic and so the sponsorship has been a huge benefit as the new season approaches: “The new kit will hopefully benefit the team for the next two years. We are very grateful to Redrow as the kits really help us to create a sense of identity for the different teams. We’ll continue to raise awareness of the club and all the achievements of the teams.”

Formed in 2002, Euxton Girls are launching an ‘open age’ team next season that anyone over 18 can join. The club has produced many players who have moved onto successful careers in the game, some in the US and others playing for Liverpool FC Women and Blackburn Rovers LFC. Several former players also play for Chorley FC Women.

Michael adds: “Euxton Girls is unique in this area being a girl only club and the girl’s game is getting bigger, especially going into 2021 and the start of the Women’s Euro Championships so attention will only grow.”

Sian Pitt, sales director at Buckshaw Village from our Lancashire division, says: “We always like to support local sports teams around where we build but this team trains close to our head office so we definitely wanted to help when the opportunity arose.”

We are currently building close by at Worden Gardens, offering three and four-bedroom homes starting from £254,995. To find out more information about where we are building across Lancashire visit www.redrow.co.uk/Lancashire