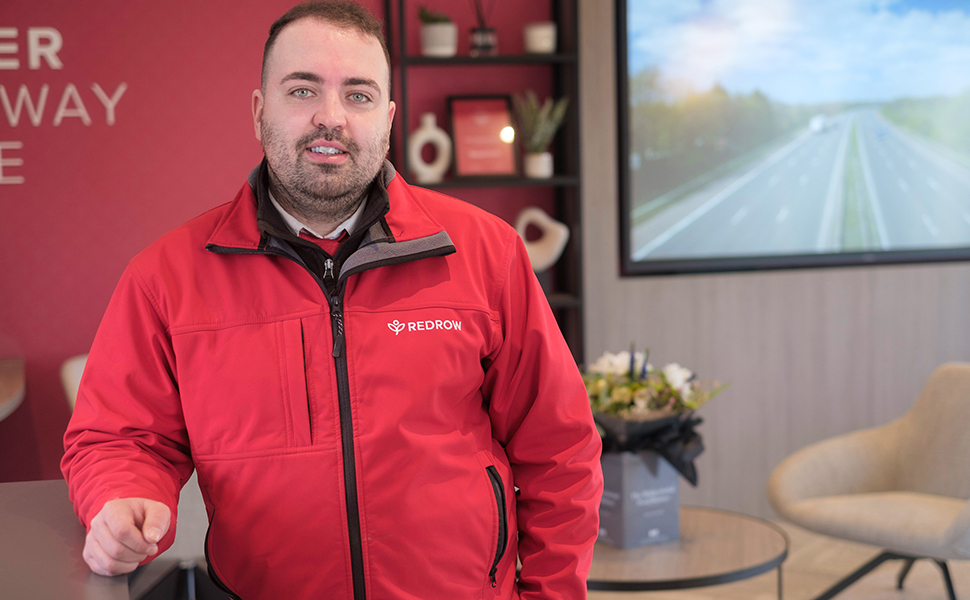 Knutsford site manager Jake Green is building on his success after winning a top industry accolade.

Jake, 27, from Oldham, has been awarded the NHBC Pride in the Job Quality Award for the North West, just months after being named our NW site manager of the year.

“It’s only my second year as site manager, and Tabley Park in Knutsford is the first site I have set up and started from scratch,” said Jake.

“Pride in the Job is a massive award, and it comes with a huge sense of relief and achievement, especially after being named site manager of the year.

“It takes hard work and effort, but it’s about wanting to be the best of the best, and I have got a lot of pride in this site. I just want to thank the team at Tabley Park and my senior managers for supporting me, because this is an individual accolade but it’s the team that wins it. I couldn’t do it without them.”

Jake is among only 443 winners across the whole of the UK, chosen from a field of over 10,000, putting him in the top 5% of those who entered.

Jake has worked in the team for the past five years, after joining the company on a graduate scheme in 2017. It was obvious from the start that the father-of-two was heading for success when he was taken off what should have been a two-year training programme and fast tracked to a promotion after just 11 months.

He was given the role of assistant site manager at 23 and his own site to finish off at Mulberry Park in Macclesfield. From there he went to Cranberry Gardens in Congleton before being made site manager at Tabley Park.

NHBC judges site managers across six key areas throughout numerous site visits and inspections before deciding who will win the prestigious awards which have been a benchmark of success for more than 40 years.

Consistency, attention to detail, leadership, technical expertise, and health and safety, all come into focus.

“You have to put maximum effort in every day,” added Jake, “You can’t let anything slip. And winning a Pride in the Job is about making sure everyone else thinks how you do.

“If we are winning a Pride in the Job, the customer is getting a house built by the best, and the best house we could possibly have given them. That’s what Redrow wants to deliver, and what we as a site team wants to deliver.

“We try to improve our standards every day, because you can always do better, but Tabley Park is doing well so it’s reaping dividends already.”

Matthew Pratt, Group Chief Executive, commented: “It is testament to the fantastic work of our teams across our regions that we’re awarded amongst our peers at such a prestigious national level.

“At Redrow, we’re committed to giving people a better way to live, and that is encapsulated in the drive, determination, and resilience of our colleagues being recognised by these awards.

“I am delighted with these results and wish all of today’s winners the very best of luck for the next round in the autumn.”

NHBC Chief Executive Steve Wood said: “At NHBC we believe that the calibre of the site manager and the way they inspire their site team has the greatest influence on the quality of the finished home. By promoting friendly rivalry, showcasing best practice and rewarding excellence, Pride in the Job supports the delivery of homes of the highest quality.”

Congratulating the winners, he added: “They are an inspiration to us all and should be very proud of the quality of new homes they are creating.”

The Quality Award winners will go on to compete for Seal of Excellence and Regional Awards in the autumn, with the national Supreme Award winners unveiled in January 2023.

To find out where we are building in the region click here or to discover the homes Jake is building at Tabley Park visit here.